Our Last First Kiss by Christie Ridgway
My rating: 4 of 5 stars

This is the first book I’ve read by Christie Ridgway and I can’t wait to read the next in this new contemporary romance series.

Audra was jilted at the altar by her fiancé through a text message. Lilly, Audra’s best friend and maid of honor whisks Audra away to the Hathaway at Dragonfly Beach resort with the help of Audra’s parents to get away. Since arriving, Audra has barricaded herself in her room, still wearing her wedding gown and wallowing in self-pity.

Lilly spends some of her time roaming the grounds of the resort only to repeatedly run into Alec, the man who was supposed to be the best man in Audra’s wedding. He’s there with his extended family (some of which own the resort) to celebrate his parents anniversary. Even though she’s attracted to him with every fiber of her being, she doesn’t want anything to do with him. Lilly’s life is vastly different to all these people. She was abandoned as a baby and her aunt and uncle reluctantly took her in, treating her like she was nothing. She grew up surrounded by losers and abusers, all the while being told, “That’s how Durand’s love”. It’s so ingrained in her brain that she believes she will never find love like other people do. Not only does her family treat her like crap, she’s their cash cow. She’s constantly being harassed for money, so much so that a big portion of everything she earns goes to her aunt, uncle, and cousin, while they barely work. When she’s not immediately forthcoming with the cash, they guilt her and make her feel like nothing. She uses this to keep others at arm’s length. All except her very best friend Audra and her family.

Alec has grown up surrounded by a loving family and is looking for someone to spend his time with. He’s witty and charming, a smooth talker who knows what he wants and right now he wants Lilly. Will he be able to break through her tough exterior and find that heart she’s buried deep inside?

Ms. Ridgway’s writing is witty and charming. There were several times I laughed out loud at the banter between Lilly and Alec. She has a way of writing that makes the characters seem real and make you want to be their friend. I can’t wait to read others in this series because I don’t want to leave the resort or the Hathaway’s yet.

Marriage of Inconvenience by Penny Reid
My rating: 5 of 5 stars

This is the seventh book in the Knitting in the City Series, but this is my first read in the series. The story does allude to other things that has happened in previous books, but it was not difficult to follow at all. After having read this book, I will definitely look into the rest of the series though.

Kat is the heiress to a billion plus dollar pharmaceutical company, but that doesn’t stop her from holding down a job in a field she loves and living on her own. She’s had very little to do with the family business since she ran away as a teen. She had a bad home life. Her mom was diagnosed as schizophrenic and is hospitalized and her father kept tight control over Kat’s life and would suspect Kat was schizophrenic as well and would routinely do things that would make anyone question their sanity. Running away as a teen was the one thing Kat thought she could do to get away from the misery she was in. Finally settling down in Chicago, she’s made a life for herself and no one knows that she’s an heiress because she’s changed her identity. At least that’s what she thinks. She’s joined a knitting circle and has made some amazing, supportive friends.

One day the family lawyer contacts her to tell her that her cousin (who’s been running the company) has decided that he wants control of the company and is willing to have Kat committed to get his way. The lawyer advises Kat to get married and to do it like yesterday so that her cousin won’t be able to have her committed. Now Kat needs to find someone who will marry her. In steps Dan, someone she’s had a crush on for a couple of years, but a misunderstanding stopped their relationship in the tracks before it even began. He’s accepted Kat’s proposal and their tight knit group of friends rally around them.

Ms. Reid is such a great writer. I have read other books by her before and am always in awe of the witty writing. The character development is top notch and the second-string characters are never left out or not fully formed. Reading this book was like watching a great rom-com. One that you don’t want to end but laugh out loud throughout. I can’t wait to read the others in this series. I know when the time comes, I will be rereading this one.

Take me For your Sites! 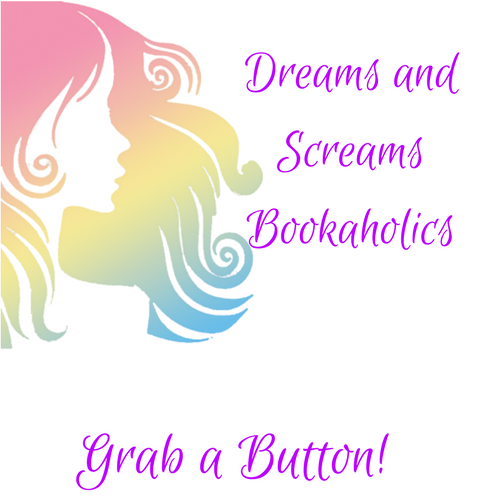